It’s called vaccine hesitancy, and it particularly affects black people and people from other ethnic minorities.  It’s a concern that they are at greater risk from Covid 19 and also from the vaccines.

(Update: BME London Landlord has produced this leaflet called Why we think you should get the vaccine on why they are encouraging people to get vaccinated)

So, as our team has been stepping up to be vaccinated (more than half the team by the end of last week) some members have had to think harder.

Jean Reid, our Head of Supported Housing, reflects on getting the jab.

“After much consideration I took the decision to have the covid vaccine. It was all over the news that hospitals were at breaking point and from a personal point of view, I have not seen some of my family and friends for nearly a year and had found this difficult and upsetting.  Also, I love my holidays abroad…… 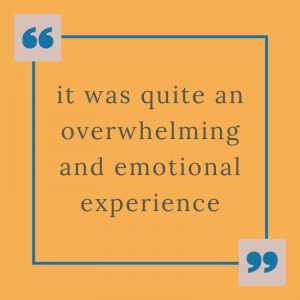 “I must admit it was quite an overwhelming and emotional experience going to the Black Country Museum for the vaccine, however, the process of getting vaccinated was quick and easy and I knew I needed to do this to protect myself, my loved ones and the community around me.

“My temperature was checked when entering the museum, then I had an initial medical check using the forms you print off when booking your appointment slot. I was explained what side effects to expect – sore arm, headache and nausea. There are that many health workers around you can ask as many questions as you want, everyone was willing to help and put you at ease. The vaccine felt like a pinch at the time which lasted for a few seconds.

“After the jab, there’s a 15-minute monitoring period where I was told to sit in the car for this period, I have to say the whole process ran smoothly.

“Thankfully, I have no symptoms at all and I continued my day as normal, in fact by the end of the day I almost forgot having the vaccine.”

Thank you Jean – the vaccine is helping to protect us all and, hopefully, it won’t be too long before you get to go on holiday again!

Jean is not alone.   There’s fellow housing boss Llewellyn Graham from our Birmingham neighbours at Nehemiah

Our CEO Llewellyn Graham, who's also a practicing minister of religion, is pleased to have taken the #COVIDVaccine to protect himself and others. As a #BAME community and faith leader, he wanted us to share this photo with the message that the vaccine is safe. #TakeTheVaccine pic.twitter.com/wyQlg7lbXK

I have been supporting the vaccine roll out and am now a vaccinator. I have received my first dose of the Oxford AstraZeneca vaccine.
I felt no pain, and it took a matter of seconds. I met some lovely people at the vaccine centre! @JaneRockHouse @healthybrum @LGA_Labour pic.twitter.com/ffhhdYzbr8

How do we know that the #COVID19 #vaccines are safe?

Celebrities including actors Adil Ray and Meera Syal, as well as cricketer Moeen Ali and presenter Konnie Huq,  set out how there is no evidence that the vaccine works differently for people from ethnic minorities.

Covid #vaccines 💉 are safe and will save thousands of lives. MPs from both sides of the @HouseofCommons are united on this.

Please watch and share this important video from black MPs from both the @Conservatives and @UKLabour. pic.twitter.com/mEqlGLws6F